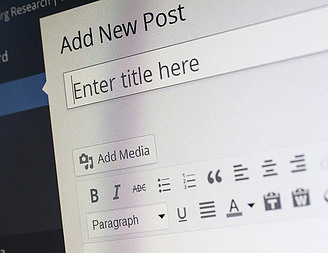 Had some slow down time, but making up for that by writing 3 posts in one day! Wow! It can be done! Shooting for fifty this week. (Encourage me, please, with comments. Thank you!)

My training has suffered also, but soon changing that. The training is awesome! Thank you, Kyle and Carson! You have made my life more interesting and hopeful, plus I’ve got a lot of new friends around the world that I wouldn’t have without this platform to ‘preach’ from.

Speaking of preaching, I will celebrate 60 years of ministry this September and am still able and ready for more. I have spoken to a few and to thousands in meetings, indoors and outdoors; in the USA and 6 foreign countries. Been in all 50 states, served as academic dean, teacher, author, truck driver, salesman (door to door), carpenter, roofer, handyman, counselor, husband, father, grandfather and great-grandfather. Married 57 years to Mary Jane (Carr) Blaisure and still counting.

Here’s the first chapter from my latest book, CONVERSATIONS WITH A CHURCH MOUSE, (available Barnes & Nobel, Amazon and Dorrence Publishing): 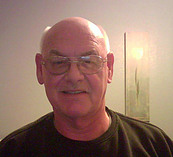 The hiker was making good progress walking briskly along the blacktop road crossing a long flat section on October Mountain about half-way between Pittsfield and Becket, Massachusetts on the Washington Mountain Road. It was a gorgeous Indian summer day with sun drenched fall flowers adding sweet scents to the wonderfully crisp air.

The hiker glanced to the side of the road and noticed an old abandoned stone and wood church on the Anglican design, setting on a small knoll about 100 feet or so through wild grasses, Indian Paint Brushes, and a riot of fall flowers and weeds. Intrigued, he turned off the road and headed toward the church.

He grasped the thumb release handle and the door opened with a distinct groan. As he entered, dust motes danced in a shaft of sunlight piercing the darkened interior. As his eyes adjusted, he began to see how beautiful it must have been in its days of use, though an air of neglect and decay hung over all.

As he slowly turned to view the rest of the building, he was arrested by the sound of a small clear voice coming from the pulpit area. He didn’t at first see anyone, but then a slight movement in a beam of sunlight on the top of the dusty old pulpit caught his eye.

“Hey! Com’ere.” Insisted the small voice again and there to his surprise was a mouse and he was speaking!

“Close your mouth and come closer. I can’t yell all day or I’ll lose my voice. My name’s Deke (short for deacon), Squeak. Want to know how this church got here? I can tell you. You see I’m a Church mouse. I come from a long line of church mice and I know all about everything that happened in this one ‘cause I’m in charge of its history. Speak up, you want to hear or not?” “Uh, sure, I guess so.”

“Do you want to or not? Make up your mind. I ain’t got all day to lollygag around; I’ve got lots of other things to do, but part of my job is to tell the story if you want to hear it. Well, do you?”

Now the hiker responded clearly, “Yes.” He was still a little shocked to have a mouse talking to him, but was caught up in the moment and more than a little intrigued.

“Well brush off a spot on that pew and get comfy, this will take a little while to tell, but you’ll love it, guaranteed!”

Quickly the hiker sat on the dusty pew, dust and all. The crotchety, miniature megaphone, bursting with purpose and pride, cleared his throat with a loud ‘ahem’ and began.

“The year was 1868 and the men had returned from the war (Civil War, ya know). Everyone was recovering from the terrible destruction in the South and in the homes of those whose men had not returned. Two small towns had been built one a half mile to the East and the other a half mile to the West of where the church stands.

“The women of both towns wanted a church and a preacher to lead them in the path of good and right living, because their men and sons had picked up some bad habits during the war. But even though they planned and plotted, there was no way either town could afford to build a church and hire a preacher.

“Then one day Molly Brig of East town got a grand idea! They would ask West town to join them in sharing funds to build a church halfway between their towns and each would take a month of support for the pastor on alternating months. By sharing the cost, they could have their church and pastor!

“Everything sounded good to the women, but when they asked their men, they ran into resistance. First it was pride that slowed the idea – (Ain’t goin’ to ask West town for no help. If we can’t do it on our own, ain’t goin’ ta get done!)

Then John Brig put his foot down, “We can’t ask West town to help us because Rob Bennigan and his sons live there.”

Molly, with her hands on her hips, snorted, “What’s that got to do with it?”

“Ain’t sayin’,” John fired back, “but that is not goin’ to happen. No man of East town will have anything to do with those Bennigan’s.” He turned and walked away, back ramrod straight and anger in every step.

Molly turned to the other ladies of the East town saying, “Well I never…! What are we going to do now? What did I say that got John so mad?”

Sarah Billings spoke up, “Molly, don’t you know there has always been trouble between Rob Bennigan and our men folk? They just can’t stand the sight of him. They won’t talk about it so I don’t know what the problem is, but we’ve got a mountain of mad to climb if we are going to get what we all know we need. I for one am not going to let them get away with it. We’re going to get our church and preacher!”

“That’s right,” echoed the other ladies.

Molly reached out her hands and said, “Ladies, let’s pray. We know God is for our purpose and will help us know what to do.”

Grasping each other’s hands, they prayed fervently for favor from God and their husbands and for wisdom to know what to do.

“That Molly was one persistent lady,” Deke stated emphatically. “Add to her Sarah’s boldness and the determination of the rest of the East town ladies, those poor men had no clue what they were in for.

“When the men arrived at their respective homes for supper, the table was empty except for a bowl of broth and a piece of hard bread. You could hear the bellering all over town. Then there was a quiet murmuring followed by doors slamming one after another as the men headed for the tavern for a meal of indignation.

Laughing and rolling around on the dusty pulpit top, Deke could hardly control himself as he gasped out, “Boy I wish I could have been the little mouse in the corner watching that scene. Those ladies sure knew how to get to their men. Ya know, ‘the way to a man’s heart is through his stomach’.”

“Those men of East town lasted for 5 days and then finally gave in to the idea to ask the West town Father’s if they would join them in this church venture.

“Those West town men were a little tougher, or their wives didn’t get tough on them as fast, but give in, they did, and soon plans were drawn up and the building started taking shape.

“A committee came together to find a pastor and letters were sent out. Soon letters came back spelling out what each preacher required before he would consider coming. I mean, you know how preachers are, after money and all that.

“After 6 months and no preacher who would fit their budget, both towns were getting anxious about ever finding a preacher, when they got a letter from one who sounded like he would fit.

“The church was finished and the preacher was called to come. Now the fun really started,” snorted Deke. 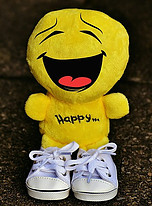